Last week we had an exciting week. It started on Wednesday, 31 October, with the celebration of Halloween and Castañada at school. 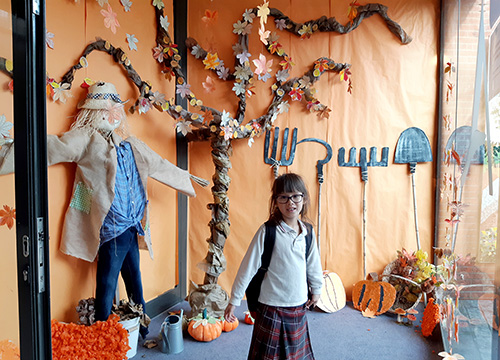 I noticed a lot of shops were decorated with Halloween stuff. It seems like this festivity is getting more popular here in Spain. Sky’s school is also fully decorated, both in the Halloween and in the autumn style. Because “Castañada” is a kind of chestnut party (castaña = chestnut), to mark the end of summer and the start of the dark months. Some will relate it to the day after (1 November, the all saints day), to commemorate the death.

So at that day, the kids were allowed to wear something on their heads or something to cover their faces. And parents were asked to donate a cake, which was sold at the celebration and all the money would be donated to a charity organisation.

There was also hot chocolate and roasted chestnut, of course!
By the way, the hot choco drink was quite different than what I used to drink in the Netherlands. Here it’s not chocolate milk, but apparently melted choco. Luckily not so sweet, but it was so thick! If you turn the glass upside down the choco won’t come out. Well veryyy slowly it will drip…but you get the idea. They also gave a piece of cake to accompany the choco, it was meant to dip on it, and so slowly you can scoop out the “drink”.

The day after Halloween is the All Saints Day. A national holiday in Spain. Because it’s on a Thursday this year, the Friday after was also declared as a holiday. Making it an extra long weekend.
We took the opportunity to have a short leave. Rented a holiday house near Sant Mori for 2 nights. It was such a lovely house, the only house on the street. In the midst of forests and greens. There were 3 dogs and Sky loved them so much. The big garden, the surrounding, the place, the house…she had to shed tears when we had to leave. 🙂

We visited Besalu, a town nearby. I’ve read that it’s one of the most beautiful village in Catalonia. And it really was! The whole village breaths the reminiscence of medieval ages, with traces of Jewish heritage. 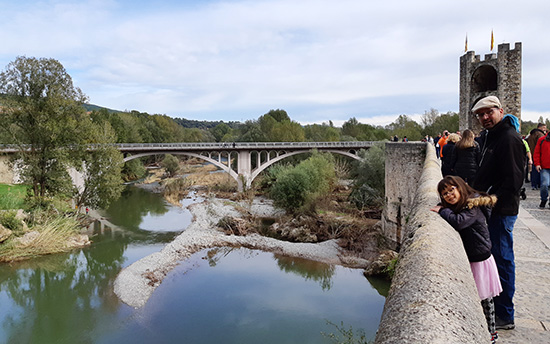 Besalu also owns a miniature museum. It was small, but fantastic! There were 3 rooms. In the first one you can admire everything with bare eyes (lots of boxes, doll house sizes with small dolls and furnitures in it, many different themes and great details).

In the second room every object is placed under a magnifying glass. Not without reasons, of course…

And in the third, last room…there you’ll find the unbelievables… With the help of microscopes, objects you absolutely won’t be able to see with bare eyes, come alive. Many are placed on or next to a real object like an insect wing, a nutshell, or a needle, to give you the sense of scale. The most famous one is how to fit 12 camels and some people in the eye of a needle. This is how (photo from Google, since I didn’t manage to fit my camera lens above the microscope lens):

And also how the whole Pinocchio scene fits inside a pistache shell:

A little bit outside Besalu we found a local lunchroom. Where the local people will come from 1 to 2 p.m. to have their ‘menu del dia’. So good!
With full tummy, we rode about 5 km to the West, towards Argelaguer. There, in the middle of the road, there is a place called Parc del Garrell (or Cabanes d’Argelaguer). It’s a bit difficult to explain what it actually is. A guy named Josep Pujiula built the whole site during 4 decades of his life. You can just feel his obsession and love in the entire site. An eccentric place full of statues, stairs, tunnels, towers…all made from natural and leftover materials. Very interesting and full of details you can observe. Only it’s not very well preserved and surely not accessible for people who can’t climb or walk on small, slippery surfaces without something to hold on.

On the way home to our holiday house, when we drove into the village Sant Mori, we saw a spectacular view coming towards us. We had to stop the car… because hundreds of sheep (okay, it’s maybe only slightly above one hundred, but still!), lead by a shepherd and two guardian dogs were on the road, going from one place to another, I guess. So fun! The owner of our holiday house told us that 20 years ago it was quite a common happening, but nowadays it doesn’t happen a lot anymore. How lucky we are!

On the last day, before going home, we asked our holiday house owner whether she has tips about a nice beach to spend an hour or two along the route to our home (so somewhere along Costa Brava). This is what she adviced us, the Sa Tuna beach. Small but beautiful! 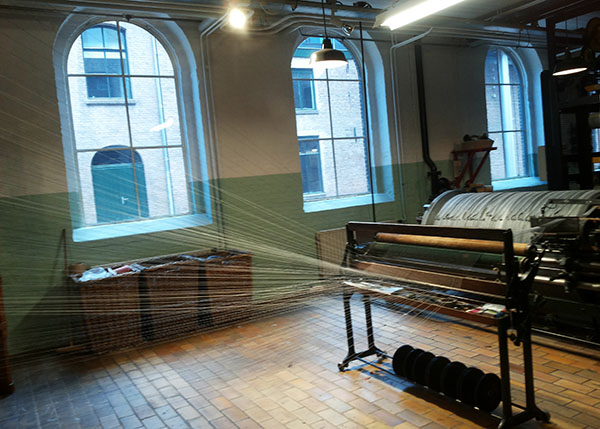 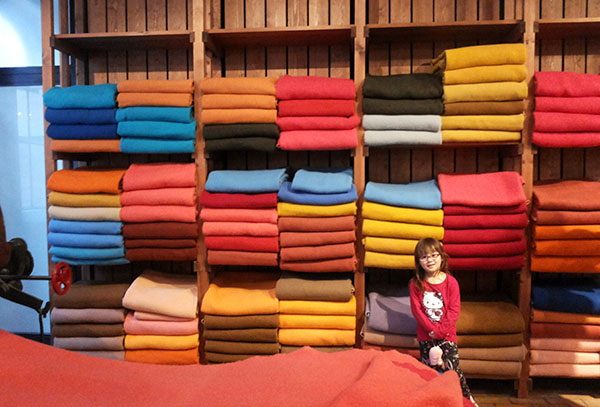 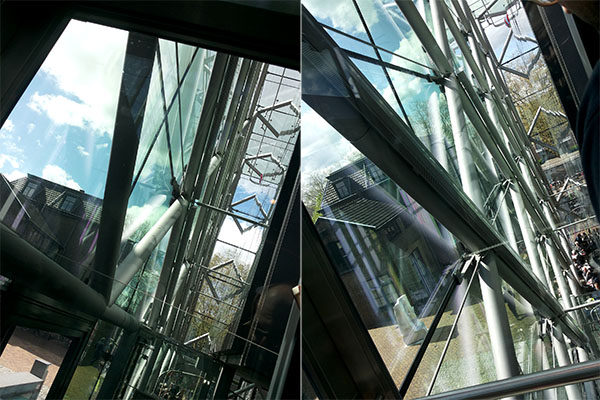 © van Tuil family and littlevantuil, 2011-2019. Unauthorized use and/or duplication of this material without express and written permission from this blog’s author and/or owner is strictly prohibited. Excerpts and links may be used, provided that full and clear credit is given to van Tuil family and littlevantuil with appropriate and specific direction to the original content.